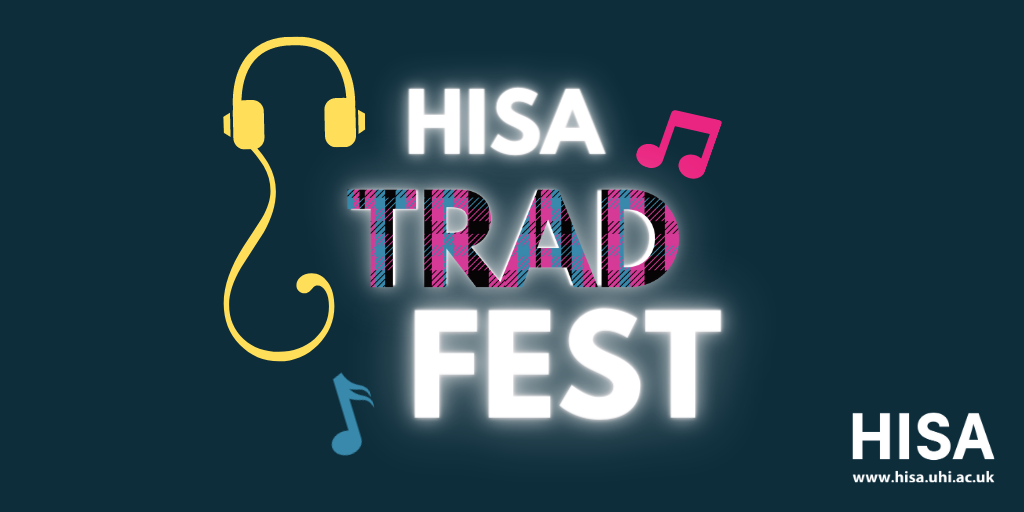 As part of our virtual Freshers programme, we hosted a wonderful small trad music festival just for YOU! We wanted to celebrate musicians from the Highlands and Islands, and dedicate an afternoon to their AMAZING talent!

The online stream took place on Friday 18th September and is available to watch back via our Facebook page or Youtube channel!

HISA wanted to take the opportunity to praise female artists which is why we had an all-women line-up! Check out the incredible artists that joined our virtual stage! 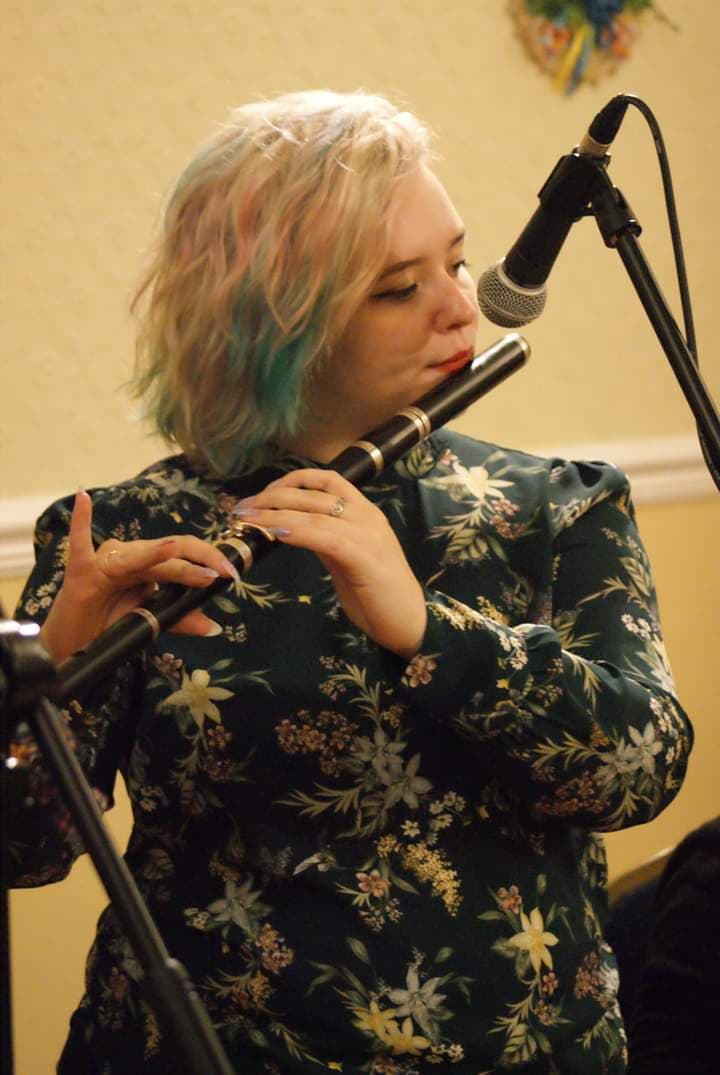 Eilidh Macintyre is a 4th-year student on the UHI BA Applied music course. Her main instrument is voice but she also has been playing flute and whistle for about 9 years. She plays with the trad band Madderam who are excited to release their first album later this year and she also enjoys teaching and various solo ventures.

Click here to read the Gaelic and English transcription of Eilidh's performance. 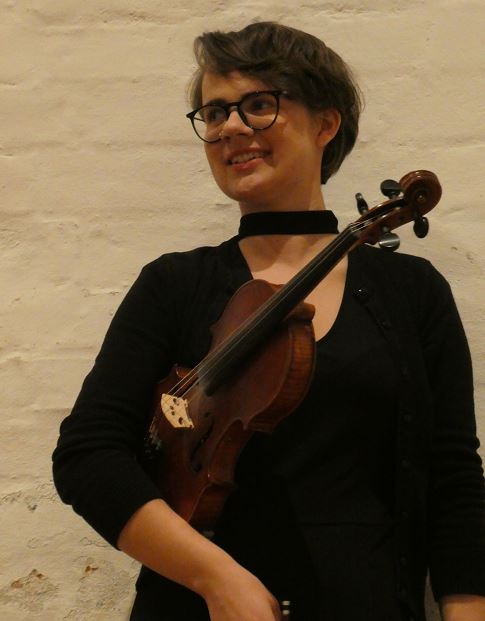 Emilia Marienfeld grew up on the Isle of Foehr on the west coast of Germany, in a home with influences reaching from songs deep rooted in the Frisian culture on Foehr to Scottish traditional music. During high school she joined the folkBaltica Ensemble in Denmark where they annually play festivals such as the Tonder Festival in Denmark and furthermore the journey took her to Scotland, where she started studying traditional music at the University of the Highlands and Islands. Through a scholarship she landed on Uist, where she immediately felt a strong sense of community, through the music and the language. Recently she had amazing opportunities and projects, such as playing Celtic Connections, learning Gaelic, and digging deep into the rich Gaelic culture, which she is very keen on expanding. 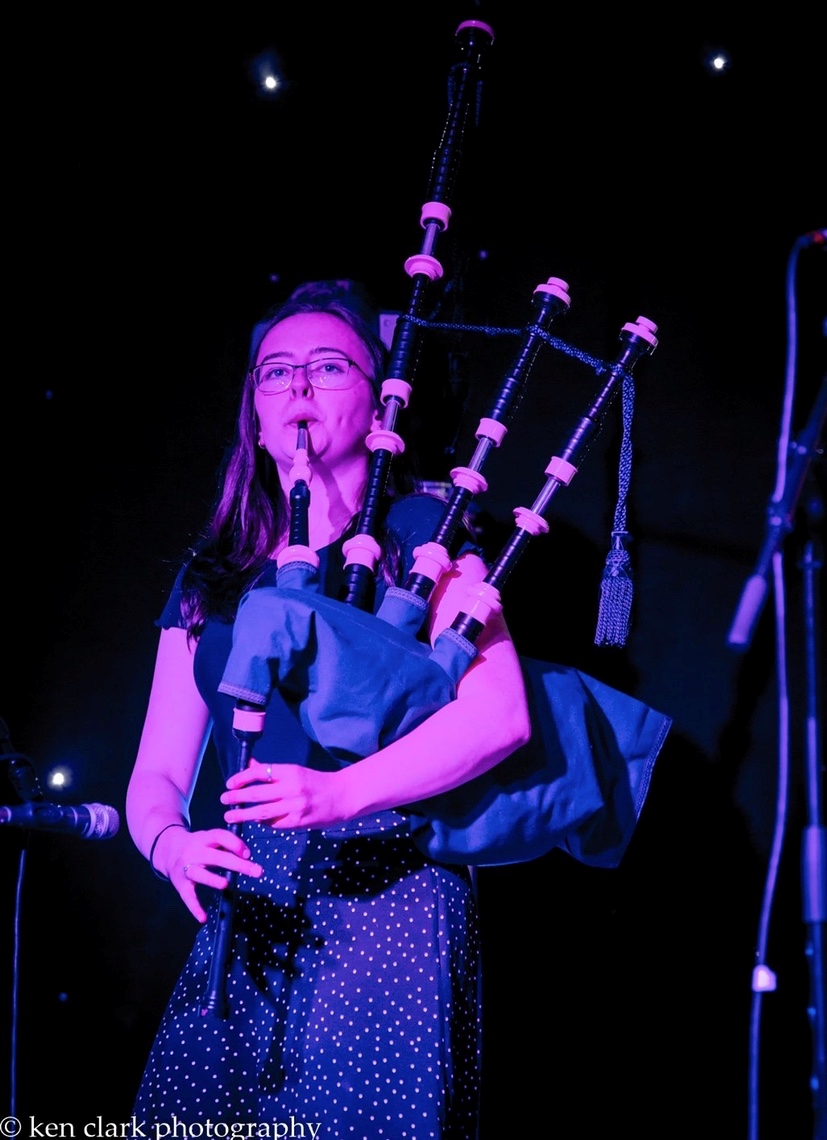 Sheena Peteranna is in 3rd Year of UHI BA Applied Music course and loving it. She has played the bagpipes since the age of 9, and picked up the whistle during her time on HNC Music at UHI Benbecula LCC Campus.  She enjoys the beauty of simple yet lively traditional tunes. For the trad fest she isplaying ‘Invergordon’s Welcome to H.M. Queen Elizabeth II’ - Pipe Major John D. Burgess, into ‘Seonaidh’s Tune’ - Fred Morrison and finally ‘Kenny MacDonald’s’ - Donald MacLeod, all played on the small pipes. She is also joined by guitarist Alex Houston. 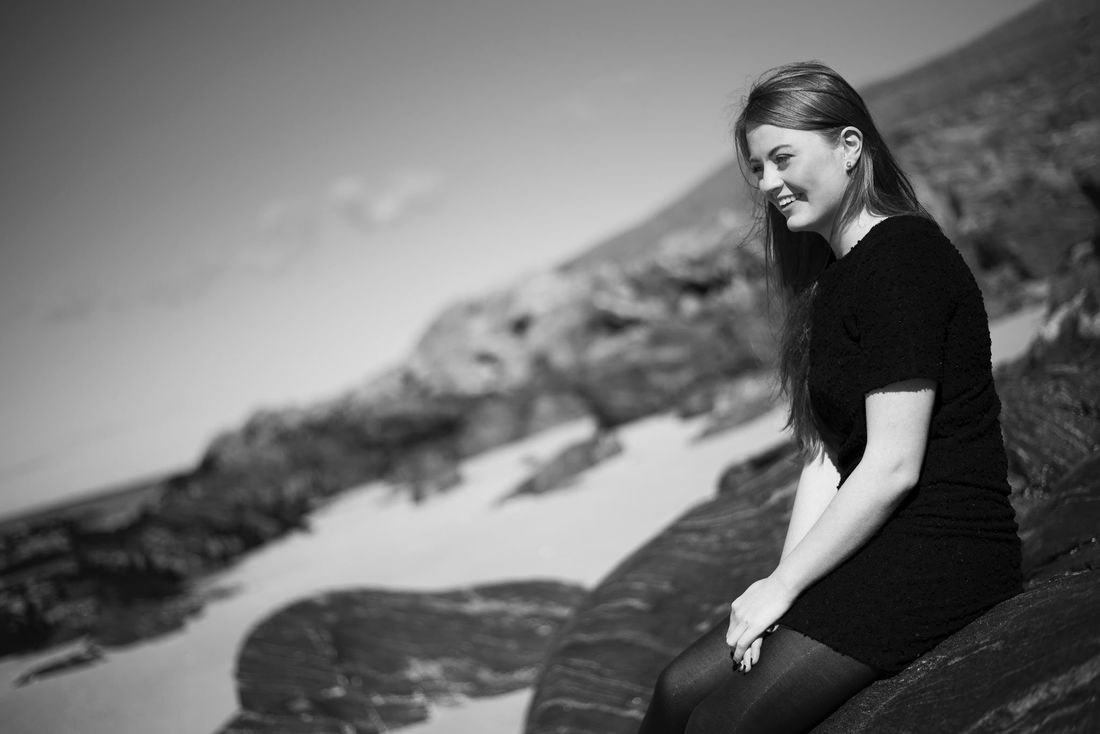 Chloe Steele is a Gaelic Singer and Piper born and bred on the Isle of South Uist. Chloe has a huge passion for her local community and culture. She dedicates much of her time to educating youth on Gaelic music, running community projects and placing huge emphasis on the inter generational element of community spirit and involvement, all to safe guard her culture and heritage. Chloe has been involved in various local, national and international projects and events over the years and has made a name for herself internationally. To check out some of Chloe’s work follow the link below: www.chloesteelemusic.com

Click here to read the Gaelic and English transcription of Chloe's performance. 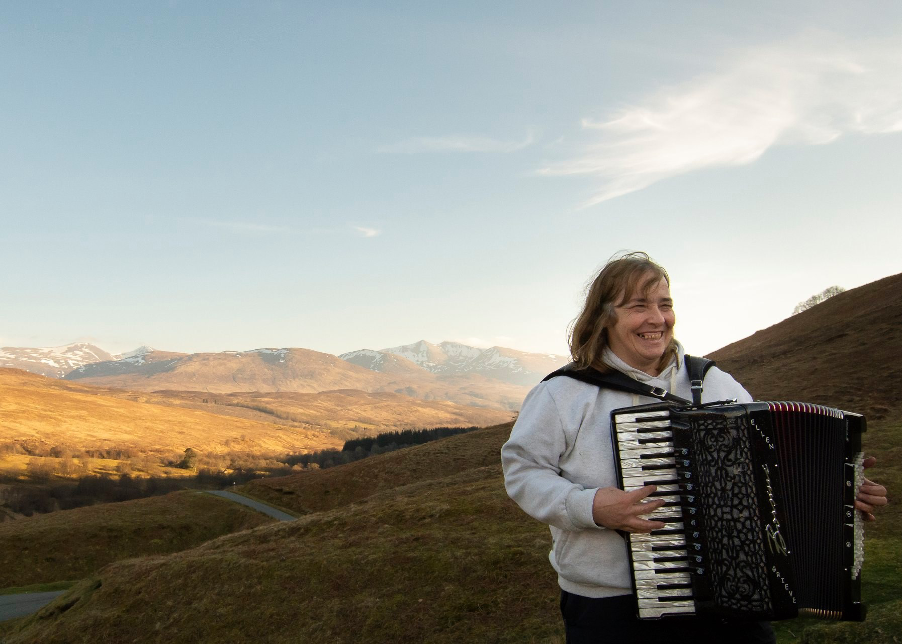 Originally from Coatbridge, Scotland; Ellen is living proof that it is never too late to learn an instrument. Having grown up in an area where musical opportunities were rare, Ellen never let go of her dream to learn the accordion after seeing one for the first time at the age of 9. 28 years later, while living in Orkney, she was finally able to pursue her ambition and began learning at the Orkney Traditional Music Project in 1997 where she would later teach for 15 years. She has been a part-time student on the Applied Music degree for 8 years, which has given her many opportunities to explore music, including conducting one of her own compositions, written for 61 musicians, at the Glasgow Mitchell Theatre as part of Celtic Connections. 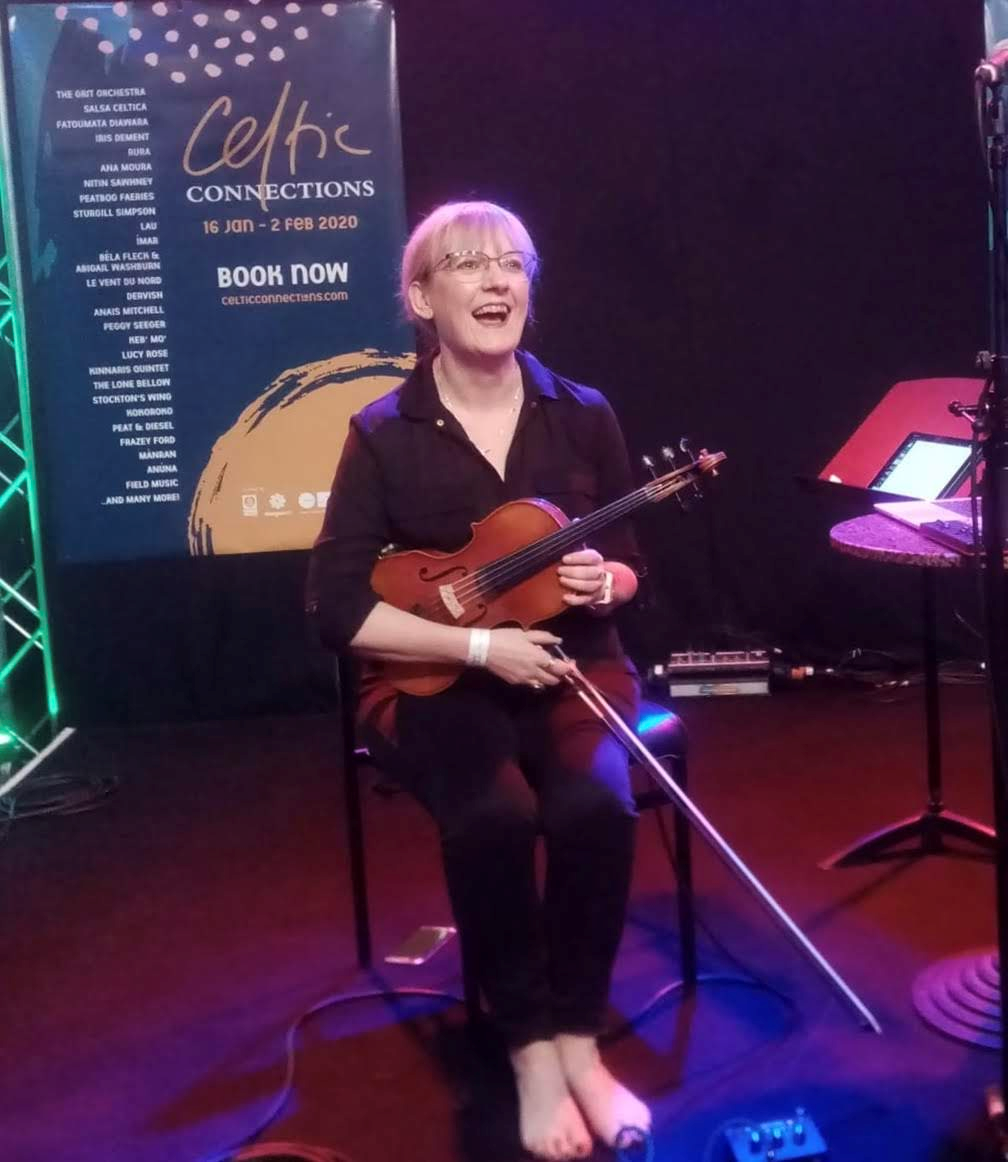 Morag Currie is a violist, fiddler, composer and music educator, currently based in Paisley, but originally from Thurso in Caithness. She performs in a diverse range of genres and ensembles, from traditional Scottish to string quartet, session work and contemporary music. She has worked as a session player with Biffy Clyro and Frightened Rabbit, is the regular violist with contemporary music specialists, The Auricle Ensemble and is an active freelance violist and fiddler. Morag’s own works are rooted in folk music, but also make use of electronics, digital workstations and sampled sounds. Morag studied viola at Napier University and The Royal Conservatoire of Scotland, and graduated with Distinction from the MA  Music and The Environment at the University of the Highlands and Islands in late 2019. Since its debut at An Lanntair, Stornaway, IoN has been performed at Mareel, Shetland, Birnam Arts  and as part of the Coastal Connections Day at the 2020 Celtic Connections Festival.